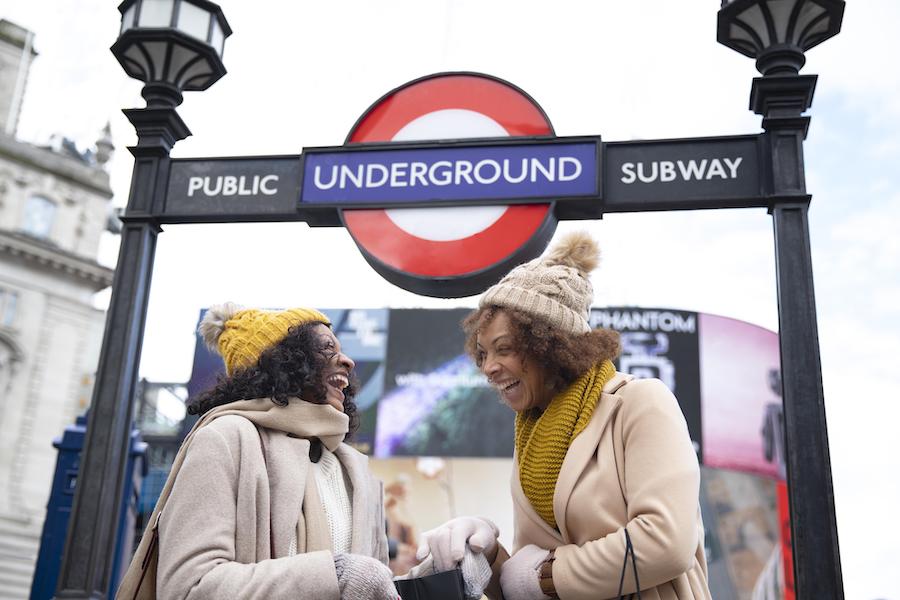 Moving to the UK is a huge decision. It’s a big adjustment for any newcomer — but it can also be an adventure.

More than 1 million people moved to the UK in 2022. If you’re planning to join them in 2023, get ready to embrace all things British, including our rich culture, notorious weather, and famous sense of humour.

Here are 10 things any newcomer to the UK should know about British life and culture.

1. You need a visa to live and work in the UK

First, let’s get the paperwork out of the way. To live and work in the UK, you’ll need a visa, unless you have settled status, indefinite leave to remain, or you’re a British citizen.

There are many different types of UK visa depending on the purpose of your stay, including family visas, student visas, and work visas. If you’re married to a UK citizen, find out how to apply for a UK spouse visa.

2. You need a National Insurance number to work in the UK

Planning to work in the UK? You’ll need a National Insurance (NI) number. Your NI number is used to keep track of your tax and national insurance contributions, which fund benefits like the state pension and statutory maternity pay. It’s made up of a string of letters and numbers in a specific format, such as AB123456C. Your NI number stays with you forever, so keep it safe!

If you’re not a British citizen, you need to apply for an NI number online. Here’s how you can apply for a National Insurance number.

3. The UK has a diverse food culture

The UK’s homegrown cuisine is a stodgier affair than many newcomers are used to. Think sausage and mash, fish and chips, and a fry-up complete with black pudding (vegetarians, look away now).

Most British people love a classic local home-cooked meal — and if you move here, we’re sure you’ll learn to love it, too.

But we’ve also started to diversify in recent decades. In UK cities, in particular, you’ll find food from all over the world. Many of the best places to eat are found in the heart of expatriate communities, such as Manchester’s Curry Mile, London’s Chinatown, Brixton Village, and Birmingham’s Balti Triangle.

4. The UK is pretty rainy

The good news is that the UK’s weather is actually pretty good for its geographical location. Despite our northerly coordinates, our weather is generally less extreme than Canada, Germany, and Denmark. Our winters aren’t as cold, and our summers aren’t as hot.

In any case, it’s always a good idea to carry an umbrella (a ‘brolly,’ if you want to be super British) with you when you’re out and about.

5. Most UK residents have to pay council tax

Living in the UK means you have to pay council tax. Council tax funds schools, police and fire services, waste disposal, road maintenance, and many other local services. The amount of council tax you pay depends on where you live.

Some people — such as students, people in care, or people on Universal Credit — may be exempt from paying council tax.

6. Football is the most popular sport in the UK

Welcome to the spiritual home of football. In the 2021/2022 football season, almost 32.5 million people attended a Premier League or EFL game in the UK. So if you were wondering, that’s what everyone’s up to at 3pm on a Saturday.

Premier League games are expensive to attend, but watching local teams in lower leagues is much more affordable.

Rugby, cricket, and tennis are also popular with many UK sporting spectators.

It’s a cliché, but it’s true — people in the UK love a cup of tea. Inviting your friends round? Have a cup of tea. Got a plumber in? Offer them a brew. Heading to bed? Perfect time for a cuppa.

British people can be particular about their tea, and they’ll ask you how you take yours. If you’re planning to work in the UK, be prepared to learn your colleagues’ tea preferences off by heart.

8. Famous cultural events take place all over the UK

9. Get ready to embrace nature

The UK has some seriously stunning countryside. There are national parks and areas of outstanding natural beauty (AONB) all over the country. So even if you live in the city centre, you’re never too far from lush green landscapes.

Here are some of the most popular parks and their nearest cities:

Getting out of the city and into nature is good for your mental health. Many of these parks are accessible by bus or train, so take a trip and escape the city for the weekend.

10. The pub isn’t just for drinking

Going to the pub is often seen as a typical British pastime. But if you don’t drink alcohol for any reason, you don’t need to feel excluded from UK pub culture.

Many pubs nowadays serve fantastic food, so it’s a great way to experience that typical British cuisine we mentioned earlier. They also host events and activities like pub quizzes, which are usually very inclusive and popular. Grab a group of friends and head to the local on quiz night.

Find out more about UK life

Want to know more about what it’s like living in the UK? Find out more in our UK Life Learning Hub articles.