Celebrating Hanukkah In The UK 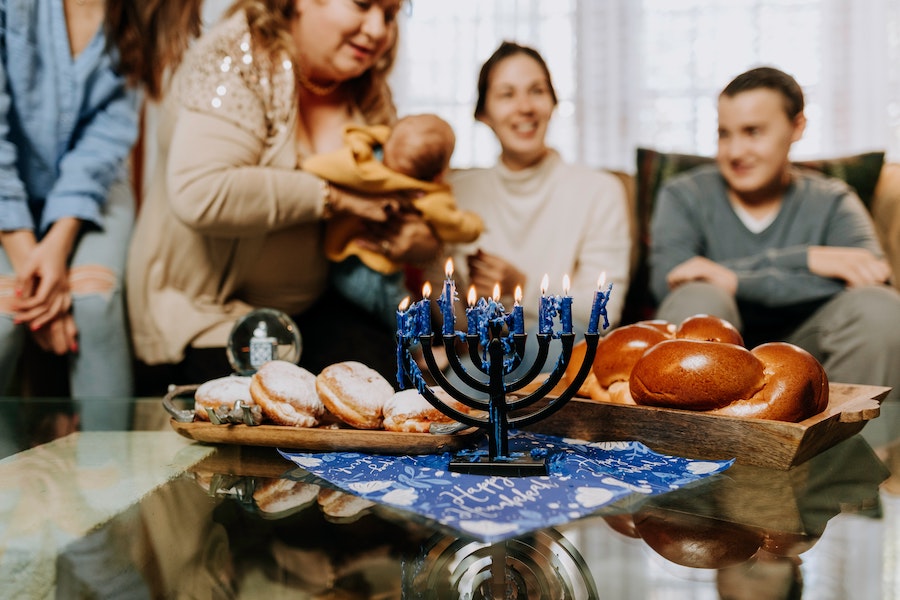 Hanukkah, the Jewish festival of lights, is celebrated every year to remember the revolt of the Maccabees more than 2,000 years ago. The Maccabees were a group of Jews who fought for and protected their right to practise their religion.

The Maccabees repaired their temple and lit the Menorah, a symbol of God’s presence in the temple. Although there was just enough oil to last one day, the lamp burned for eight days — which is why the modern festival of lights lasts eight days.

In this article, see many traditional and modern ways to celebrate Hanukkah in the UK.

How to celebrate Hanukkah in the UK

The eight days of Hanukkah

The first day of Hanukkah takes place on the 25th day of Kislev in the Hebrew calendar. This typically falls in November or December in the Gregorian calendar.

Unlike some other Jewish holidays, Hanukkah isn’t mentioned in the Torah. So while some religious rituals are commonly practised — like lighting the Hanukkiah — Jews aren’t required to go to synagogue during the festival (although many choose to). Instead, most celebrations take place at home, with friends, family, and other members of the community. Some synagogues and temples will hold some special Hanukkah services.

Throughout the festival, Jewish families in the UK follow many of the traditions associated with Hanukkah around the world.

On the first night, families light the shamash candle, then use it to light the first candle of the Hanukkah menorah, also known as the Hanukkiah. This is repeated each night throughout Hanukkah — on the second day, you’ll light two candles plus the shamash, and so on. On the eighth night, you’ll have nine candles lit to celebrate the end of Hanukkah.

Many families also choose to read Hanukkah blessings after lighting the menorah candles.

The story of the first Hanukkah is a popular tale to tell during the festival. It helps kids and adults alike reconnect with their faith and/or heritage. Children also play dreidel, in memory of the Maccabee schoolchildren who used them when soldiers came to check they weren’t learning about Judaism.

Adults make latkes (potato fritters) and sufganiyot (jelly doughnuts). Oil is a sacred part of the Hanukkah tradition — and this extends to food. That’s why so many Jewish households celebrate the festival with fried foods.

Hanukkah traditions in the UK

Celebrating global traditions in the UK

At Bloom, we’re all about celebrating traditions brought to the UK by communities from around the world. Whether it’s acts of charity like Sadaqah Jariyah or financial traditions such as pardner, there are dozens of ways to celebrate and uplift your community and culture in the UK.

Learn more about who Bloom is for.