Trust And Tradition: Why ROSCAs Are So Popular In UK Migrant Communities 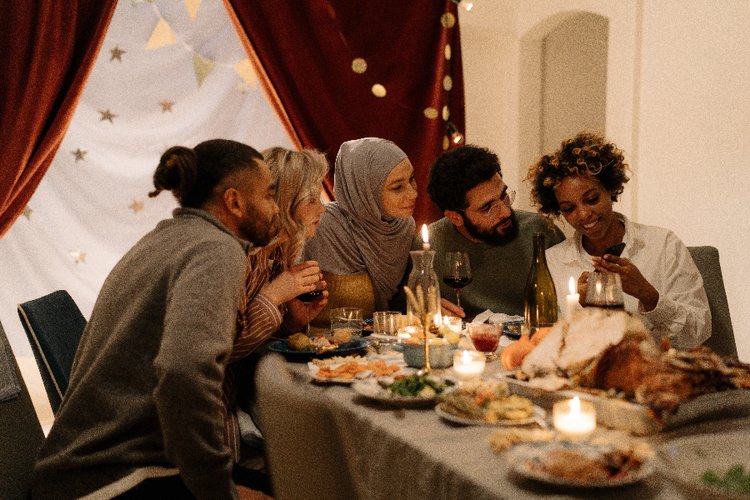 Savings clubs, pardna schemes, committees, esusu — whatever you call them, ROSCAs are a big part of life for many cultures and communities around the world. These informal savings clubs help people build wealth with their family, friends, and communities.

While ROSCAs aren’t traditionally used in the UK, they’re quickly becoming more popular, thanks to growing migrant communities around the country. So why do ROSCAs move with migrants as they travel around the world?

Why are ROSCAs used around the world?

There are four key reasons that ROSCAs are so popular:

At their heart, ROSCAs enable people to save for what really matters to them. Whether it’s housing, children, travel, or weddings, savings clubs help communities, cultures, and traditions flourish.

Read: How to budget and save for a Nigerian wedding.

Migration to the UK has been rising steadily for the last 30 years. The 2016 Brexit referendum caused EU migration to plummet, but non-EU migration continues to rise. As migrants settle and start families, the UK is becoming a multicultural hub, where traditions from all over the world are continued and celebrated.

As a result, financial traditions like ROSCAs have boomed in the UK. This is supported by the fact that traditional financial systems in the UK can be hard to access for new residents. They don’t have a credit score, and in many cases are unable to register on the electoral roll.

ROSCAs allow people from all over the world to save and thrive in the UK. So do they work differently here than in other countries?

The role of ROSCAs in the UK

A recent study found that the main reason people join ROSCAs is to achieve economic stability. Like most people, ROSCA members want to build a financially secure future for themselves.

This is no different in the UK to elsewhere in the world. But many people are able to build wealth without using ROSCAs — so why are they important to those from migrant communities?

ROSCAs are a form of community support

When you’re in a new country, it’s natural to gravitate towards those you have something in common with. ROSCAs help people build trust and community in a new place.

ROSCAs are a kind of financial community that are often established between members of religious groups, work colleagues, or families — with each committee member doing their bit to boost community wealth.

It’s often difficult (or at least time-consuming) for new UK residents to build a credit score. You can’t bring your credit score with you from another country, so you have to start from scratch. Without a credit score, it’s harder to take out a loan, get a mortgage, or buy a car.

ROSCAs help people save outside the confines of traditional financial institutions. Instead, you can lean on your trusted friends and family to help you save in a fair, transparent way.

ROSCAs are a proven way to save money

Many ROSCA members find that making a commitment to your fellow club members — known as ‘binding your hands’ in some communities — makes it easier to save. When you join a ROSCA, you need to contribute regularly for your whole group to benefit.

Adding a little pressure in this way has been shown to help people commit to saving, which ultimately leads to higher savings across the community. For example, you’re more likely to save if you know your friend can pay for her children’s clothes with the next payout.

Find out more about how you can use informal savings clubs to build wealth for future generations of your family and community.